To share your memory on the wall of Vernon Gray, sign in using one of the following options:

To send flowers to the family or plant a tree in memory of Vernon Eugene "Bo" Gray, please visit our Heartfelt Sympathies Store.

Receive notifications about information and event scheduling for Vernon

We encourage you to share your most beloved memories of Vernon here, so that the family and other loved ones can always see it. You can upload cherished photographs, or share your favorite stories, and can even comment on those shared by others.

Jeff, Gloria & Heaven Lindsey, Love Justin and Abby, and other have sent flowers to the family of Vernon Eugene "Bo" Gray.
Show you care by sending flowers

Posted Nov 07, 2019 at 02:09pm
Glenna, DeAnn, Randy: I am so sorry to hear of Vernon's passing, My thoughts and prayers are for you and your family during this difficult time.Glenna I have experienced what you are going thru and my heart goes out to you. Lean on your family and God to o carry you thru. Your family has always had a special place in my heart. I love you. Bobbie House.
Comment Share
Share via:
JL

Posted Nov 05, 2019 at 03:05pm
Glenna, DeAnn, and family.
Our deepest sympathy for all of you . Prayers of comfort and strength .
Ronnie and Alvern Kinley
Comment Share
Share via:
LA

Posted Nov 05, 2019 at 12:00pm
Abby and I are thinking of all of you during this difficult time. Uncle Bo was one of the kindest people God gave to us. He will be truly missed! 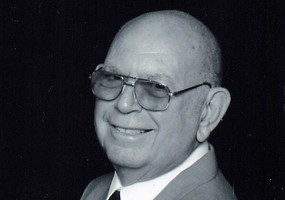