To share your memory on the wall of Tammy Chapman, sign in using one of the following options:

She graduated from Chapel Academy in 1981. She enjoyed working as a bookkeeper for USA Drugs, being a “spice girl” for McCormick, a substitute teacher for White Hall School District and an Administrative Assistant for UAPB where she adored her students. However, the job that changed her life the most was being a production worker at International Paper Company because there she met her sweetheart, James Chapman, whom she married on August 5, 1989.

She was a member of Central Baptist Church of Pine Bluff where she had taught Sunday School and volunteered with the youth for numerous activities including going “rollin.”

Tammy was a great storyteller and loved to share laughs with everyone. She was the life of the party and planned the best events and vacations. She spent many hours at softball parks where she was her team’s biggest cheerleader. She had a heart of gold, never met a stranger, and loved BIG.

She was preceded in death by her father, her brother, Matt Works, her stepfather, Robert Skidmore, and her granny, Gertie Works.

Visitation will be Sunday, January 17, 2021, from 3 to 4 pm at Robinson and Fuller White Hall Funeral Chapel.

In lieu of flowers the family has requested you make donations to the benevolence fund at Central Baptist Church of Pine Bluff.
Read Less

To send flowers to the family or plant a tree in memory of Tammy Chapman (Works), please visit our Heartfelt Sympathies Store.

Receive notifications about information and event scheduling for Tammy

We encourage you to share your most beloved memories of Tammy here, so that the family and other loved ones can always see it. You can upload cherished photographs, or share your favorite stories, and can even comment on those shared by others.

Posted Jan 17, 2021 at 03:27pm
Tammy, I will never forget your kindness and compassion you showed me when we met in South Carolina when I lost my granddaughter. We bonded quickly and I will always cherish my time with you. All my prayers and love, Susan Markey
Comment Share
Share via:
CR

Posted Jan 16, 2021 at 10:51pm
One of my favorite memories of Tammy is when she came to one of the many showers at Aunt Mary’s house. When the shower was over, she went out to her car and brought in a big box of expired spices. We were all digging through that box like we had found gold! Tammy reminded me so much of Gerti Will, and I’m sure she would be proud of that. Love you all! Cecilia and Billy
Comment Share
Share via: 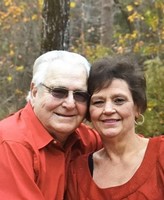