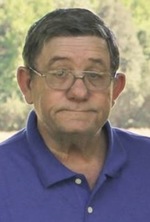 Born at Humphrey, AR on October 19, 1947, he was a son of the late Ralph Oliver “Slick” Croft and Thelma Eugene Sanders Croft.

He enjoyed camping, fishing, gardening, and working in his shop. As much of his time as possible was spent with his grandchildren.

In addition to his parents, he was predeceased by three sisters, Margie Herring, Wilma Haynes, and Janet Conner.

Visitation will be Tuesday, November 3, 2020 beginning at 9:30 a.m. at Robinson & Fuller White Hall. The graveside service will follow at 11:00 a.m. at Memorial Park Cemetery.