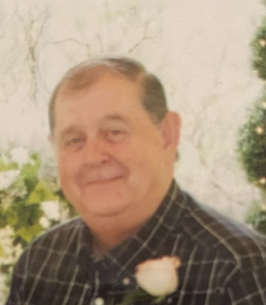 Royce Evans Murphy, 71, of Redfield, died Wednesday, February 9, 2022, in a Little Rock hospital.  He was born August 20, 1950, in Columbia, MO, and was a 1968 graduate of David Henry Hickman High School.  Royce was retired from Pine Bluff Cable Company as a lineman.  He enjoyed coming home from a day’s work and enjoying a good movie, or watching football, especially the Arkansas Razorbacks, the Dallas Cowboys, or Mizzou.

Royce was preceded in death by his parents, James Edward Murphy and Rosie Lee Murphy; his sisters, Emme Jean Moore and Mary Bledsoe; and a son, Larry Nixon.

He is survived by his wife, Sharon Murphy, whom he married March 22, 1996; his sons, Derick Murphy (Brittany), Scott Nixon (Laura), and Brad Nixon; his daughter, Crystal Murphy; a special daughter-in-law, Janice Nixon; his brother, James Murphy and his sister, Rose Lemons; and a host of nieces and nephews.  He was a loving Pawpaw to ten grandchildren and six great-grandchildren. He is also missed by his special companion, Buttercup.

In lieu of flowers, the family requests that contributions may be made to Redfield Friends of the Animals, P.O. Box 327, Redfield, AR 72132.