To share your memory on the wall of Polly Brown, sign in using one of the following options:

She was born October 6, 1928 in Atwood, Alabama. Polly was a daughter of the late George E. Ables and Celia E. Murphey Ables.

Polly was a loving daughter, sister, wife, mother, aunt, grandmother, great-grandmother, great-great-grandmother. She was a believer in Jesus Christ and loved our Lord and Savior. She was a member of Redfield River Road Church of God. Quilting was a favorite hobby of hers. She has made numerous quilts for family and friends. She loved being outdoors. Her favorite thing above all else was spending time with her family.

To send flowers to the family or plant a tree in memory of Polly Bell Brown, please visit our Heartfelt Sympathies Store.

Receive notifications about information and event scheduling for Polly

We encourage you to share your most beloved memories of Polly here, so that the family and other loved ones can always see it. You can upload cherished photographs, or share your favorite stories, and can even comment on those shared by others.

Posted Feb 22, 2019 at 12:00am
So sorry for you and your families loss. May God give each of you the strength,courage and peace through such a trying time. ?? Kelli
Comment Share
Share via:
VM

Posted Feb 21, 2019 at 12:00am
Mrs. Brown or "Nanny" as my family called her will be greatly missed. She had a deep love for her family, her church family and many others, and most of all she had a deep love and faith in her Lord. We were very blessed that she and Cecilia cared for Joshua and Lyndsey in a home filled with love and Christian values. They were treated as if they were her grandchildren Thank you for sharing your wonderful, loving mother with us.
Comment Share
Share via:
DC

Posted Feb 18, 2019 at 12:00am
So sorry for your loss Roy and Shirley, my prayers are with you and the family in this time of sorrow.
Comment Share
Share via:
L 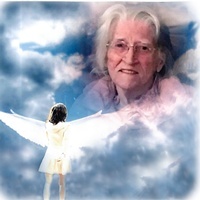