To share your memory on the wall of Mary King, sign in using one of the following options:

In lieu of flowers, donations may be made to your local food bank or church.
Read Less

To send flowers to the family or plant a tree in memory of Mary Frances King (Allen), please visit our Heartfelt Sympathies Store.

Receive notifications about information and event scheduling for Mary

We encourage you to share your most beloved memories of Mary here, so that the family and other loved ones can always see it. You can upload cherished photographs, or share your favorite stories, and can even comment on those shared by others.

Posted May 23, 2020 at 01:32pm
Mary Carole, my deepest regrets are extended to you and your family. God's peace and healing to you all.
Comment Share
Share via:
KC

Posted May 22, 2020 at 03:21pm
Mary has been my friend for over 40 years. In that time I've known no one who worked harder to make our world better. I helped her with many things but funeral dinners were most notable, Again and again she told me we were to have a watermelon feast, not a dinner when she died. How sorry I am that we can't follow her wishes. To the family I extend my love, sympathy, and prayers. What a legacy she leaves!
Comment Share
Share via:
MF

Posted May 22, 2020 at 03:10pm
What a beautiful life Mary had and provided for all of us who were under her leadership. I love the GA memories of bunking parties in their garage. All of the GA's covered the floor with sleeping bags. Each time, Mom Chu helped with supper of Fried Rice and Chopsticks.
Because of her leadership, I memorized many bible verses and all 75 countries that had southern baptist missionaries. I have always given her credit for making me a better student with all that memory work.
What fun memories she gave us. I know she is blessed to be back by Jack's side. My thoughts and prayers are with you and your family!!
Comment Share
Share via:
CL

Posted May 22, 2020 at 12:36pm
My wife Carol and Mary’s daughter Pam were best friends during their childhood. Although my contact with Mary was rather limited I feel that I knew her well through all the stories I heard from Carol and her parents. She was a constant delight to the Quick family. She would come roaring up the driveway in her car, horn blaring. She would burst in the back door and declare herself ready for a visit. She remained fast friends with Jane and a gadfly to Randy throughout the time that they were neighbors in Ouachita Hills. She did so much that helped create the magical charm of that neighborhood throughout the 1950s and 60s. She was truly a force to be reckoned with!
Comment Share
Share via:
SB 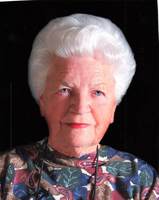 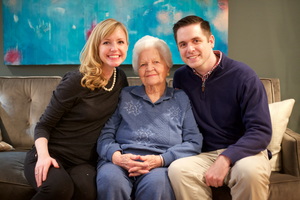 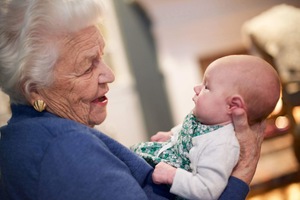