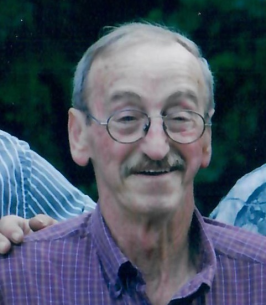 Lester Charles (Les) Shirley of White Hall, formerly of Perkins, OK, was born August 28, 1941, in North Little Rock to Houston Carl and Lucy Marie Brady Shirley.  He was a graduate of Jacksonville High School, and was a veteran of the Air National Guard.  During the 1970’s, Les was a firefighter for the Pine Bluff Fire Department. He worked for the Stillwater Medical Center in Stillwater, OK, as a maintenance mechanic until his retirement.  He was also a member of the Christian Church in Perkins, OK.  Les loved the outdoors, and was a huge NASCAR fan, especially of Jeff Gordon. His Saturday was not complete until he had a cold Coca Cola and sat down to enjoy a good NASCAR race.

Les passed away on Saturday, July 23, 2022, at his home surrounded by his family, at the age of 80.  He was also preceded in death by his wife, Vicki Cottman Hayes, and a brother-in-law, Roger Corbitt.

A memorial celebration will be held at a later date.  Cremation arrangements are entrusted to the care of Robinson and Fuller White Hall Chapel.

In lieu of flowers, the family requests that contributions in his memory be made to St. Jude Children’s Research Hospital.