To share your memory on the wall of Lemuel Pearce, sign in using one of the following options:

He was born August 18, 1931, in Forrest City, AR, to Joe Blair and Alice Holzhauer Pearce.

He was born August 18, 1931, in Forrest City, AR, to Joe Blair and Alice Holzhauer Pearce.

He was reared and educated in White Hall.

He had worked at Mid America Package retiring as a millwright.

He was a member of First Apostolic Church of Sheridan.

Memorials may be made to First Apostolic Church of Sheridan, P. O. Box 56, Sheridan, Arkansas 72150.

To send flowers to the family or plant a tree in memory of Lemuel E. Pearce, please visit our Heartfelt Sympathies Store.

Receive notifications about information and event scheduling for Lemuel

We encourage you to share your most beloved memories of Lemuel here, so that the family and other loved ones can always see it. You can upload cherished photographs, or share your favorite stories, and can even comment on those shared by others.

Tina Garrett and Danner Family sent flowers to the family of Lemuel E. Pearce.
Show you care by sending flowers

Posted Jul 12, 2019 at 11:41am
Bro. Pearce was a wonderful Christian, our friend for many years. He will be missed, but Heaven has gained a loyal soldier. Prayers of comfort, strength, & peace. We love & appreciate all.
Comment Share
Share via:
SS

Posted Jul 12, 2019 at 11:20am
I’m so thankful for the example of a Godly man who served his God, family and country well.
Comment Share
Share via:
TG

Flowers were purchased for the family of Lemuel Pearce. Send Flowers 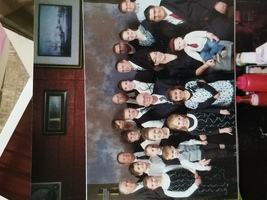 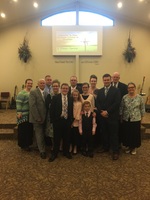 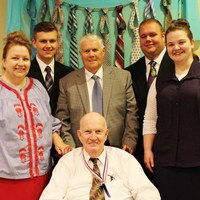