To share your memory on the wall of Kacey Hobbs, sign in using one of the following options:

Born October 19, 1993 at Pine Bluff, she was the daughter of Michael Woodrow Walters of Woodlawn and Laurie Ann Hobbs Ashcraft of Judsonia.

Born October 19, 1993 at Pine Bluff, she was the daughter of Michael Woodrow Walters of Woodlawn and Laurie Ann Hobbs Ashcraft of Judsonia.

Kacey was a graduate of Sheridan High School and had worked as a convenience store cashier.

In addition to her parents, her survivors include a daughter, Audrie Wilkins; her fiancée, David Wilkins; her grandparents, Mike and Sandra Walters and Dottie Stivers; her half-siblings, Kaitlin Compton, Lauren Ashcraft, Brittney Ashcraft, Justin Ashcraft, and William Ashcraft; and a father figure who played a significant part in her early life, Dale Compton.

Online condolences may be made at RFWhiteHall.com
Read Less

To send flowers to the family or plant a tree in memory of Kacey Ann Hobbs, please visit our Heartfelt Sympathies Store.

Receive notifications about information and event scheduling for Kacey

We encourage you to share your most beloved memories of Kacey here, so that the family and other loved ones can always see it. You can upload cherished photographs, or share your favorite stories, and can even comment on those shared by others.

Alicia Taylor and Family sent flowers to the family of Kacey Ann Hobbs.
Show you care by sending flowers

Posted Jul 29, 2019 at 02:08pm
It had been several years since I had seen Kacey. She used to come to our church (Trinity PCG) with the Comptons.
I am so very sorry for your loss. I lost my young son to cancer too. Her heart, personality, spirit and memory will live on in those that knew her. And, that is something that death and cancer can never take away. This world is a little dimmer without her presence, but Heaven is now so much sweeter. Much love, prayers, and peace for your hearts.
Comment Share
Share via:
AF

Posted Jul 29, 2019 at 05:07am
Well kacey baby girl aunt sandra loves you with all my heart and i will miss you so much baby... I rember when i would go to walmart and i would allways see you there and you would allways give me a big hug... God im going to miss that baby girl..
Comment Share
Share via:

Posted Jul 29, 2019 at 03:56am
Kacey I can't believe ur gone so younge but I know ur looking down on everyone n I'm going to miss our funny time we used to have when u used to get on my Facebook n say funny stuff or when out favor commmitional would come on " Six calls ahead of us Jimmy" I'm going to miss that love n miss u Kacey Ann hoppsalong
Comment Share
Share via: 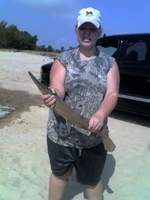 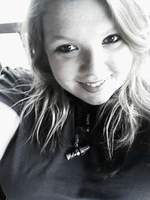