To share your memory on the wall of Judie Jones, sign in using one of the following options:

She was active in Delta Kappa Gamma, and was a member of Wesley United Methodist Church. She loved creating ceramics, cooking, writing, and just “being Cajun.” She was an avid Dallas Cowboys fan who lived for football season and loved to wear the jersey of her favorite Cowboy, Jay Novacek. She adored her grandchildren and had a special place in her heart and home for animals. Her family can’t recall a time in their life she didn’t own a pet.

She will be remembered as a military wife, mother, grandmother, teacher and friend.

She was preceded in death by her husband, William Robert “Bill” Jones II, in 2001.

She is survived by her son, Trey Jones and his wife, Adina of Alexander, AR; her daughter, Melissa Jones of Fayetteville, AR; and her grandchildren, Trent, Jayden, and Amaya Jones, and Laura and Roger Hensley.

Graveside service will be held at 11:00 A.M. Tuesday, June 30, 2020, at Graceland Cemetery with remembrances by her family and Brenda Doucey.

The family asks that in lieu of flowers, memorial contributions be made to the Humane Society of Pulaski County, 14600 Colonel Glenn Road, Little Rock, AR, 72210 or online at https://warmhearts.org/donate/, or ASPCA online at www.aspca.org
Read Less

To send flowers to the family or plant a tree in memory of Judie Lee Jones (Bihm), please visit our Heartfelt Sympathies Store.

Receive notifications about information and event scheduling for Judie

We encourage you to share your most beloved memories of Judie here, so that the family and other loved ones can always see it. You can upload cherished photographs, or share your favorite stories, and can even comment on those shared by others.

Posted Jun 29, 2020 at 07:45pm
Judie and I were good friends for almost 50 years. She was very special to me and our families shared many fun times. I will deeply miss her . Kaye Bounds
Comment Share
Share via:
TG

Posted Jun 29, 2020 at 05:30pm
Mrs Jones was one of the greatest teachers I have ever known. I was lucky enough to have her for both Drama and English classes in the 10th and 11th grades. She knew my weaknesses and helped me to overcome those weaknesses. She would help me after classes or during lunch time. She helped every student become the best that they could be. She loved the Dallas Cowboys and of course Mel Gibson!! She thought Mel Gibson was a hottie. I also remember doing a mural in her classroom. She definitely knew me. She knew what I was good at. I also remember helping Mr. Jones with the set of our play “A Feudin, Fightin, and a Fussin!” She has had a great influence in my life and will be deeply missed.
Comment Share
Share via:
RW

Posted Jun 28, 2020 at 08:47pm
Thank you Mrs. Jones, for your words to me as a shy eighth grade student in your English class many years ago: "You have a taste for writing my dear." I've never forgotten them.
Comment Share
Share via:

Posted Jun 28, 2020 at 08:39am
Prayers for you all. I have fond memories of playing in the neighborhood with Melissa and Trey, checking in Nina and Judie always being there checking on us.
Comment Share
Share via:
AS 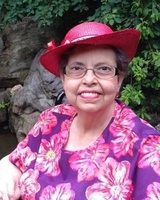