To share your memory on the wall of Jordan Aikman, sign in using one of the following options:

Print
Jordan Brook Aikman, 28, of White Hall, passed from this life Saturday, January 16, 2021 in Little Rock. Despite all of her challenges, Jordan was strong, courageous and selfless.

She was born February 9, 1992 in Pine Bluff. Jordan gr... Read More
Jordan Brook Aikman, 28, of White Hall, passed from this life Saturday, January 16, 2021 in Little Rock. Despite all of her challenges, Jordan was strong, courageous and selfless.

She was born February 9, 1992 in Pine Bluff. Jordan graduated from White Hall High School. After high school, she worked as a teacher’s aide at Moody Elementary in White Hall and volunteered at the White Hall Library.

Jordan really had a passion for movies. She had a collection of over 500 movies. Some movies she would watch over and over until she had memorized all the lines of each character before the lines were said. One TV series that Jordan really liked was “When calls the Heart”. She learned that all the Andy Griffith TV shows could be watched on Netflix. She would let her laughter roll out when deputy sheriff Barney Fife would get into some of his antics.

She loved card games, particularly Rummy. Not only did she like it, but she was good at it. She would win more than her share of the games. She taught one of her UAMS nurses to play rummy. Jordan liked word searches where she could find words in a jumbled-up page of alphabet letters. She had an affection for pets. She had a devoted cat named Milo and two dogs named Pepper and Sassy that were the joy of her life.

Jordan had a kind and gentle heart. She got more pleasure from giving than receiving. She spent time preparing lists of all the people she would like to give a gift. Last Halloween she asked her family to bring a large supply of treats for her to give to the doctors and nurses who came into her hospital room. She was delighted when they accepted her gifts.

The Good Lord chose Jordan to be our teacher at a very early age. She taught us all who knew her strength, compassion, selflessness and love. She also had a great sense of humor and her will to live and love was unmatched. Jordan spent the last 166 days of her life in a hospital bed, most of it at UAMS Hospital.
She was a member of St. Luke United Methodist Church in Pine Bluff.

Funeral services will be 10:00 a.m., Wednesday, January 20, 2021 at Robinson and Fuller White Hall Funeral Chapel with Reverend Barbara Douglas officiating. Visitation will be Tuesday evening from 5-7 p.m. at Robinson and Fuller. All current state covid-19 guidelines will apply, including mask wearing and social distancing.

Family and friends may leave online condolences or view the service on the livestream at www.RFWhiteHall.com.
Read Less

To send flowers to the family or plant a tree in memory of Jordan Brook Aikman, please visit our Heartfelt Sympathies Store.

Receive notifications about information and event scheduling for Jordan

We encourage you to share your most beloved memories of Jordan here, so that the family and other loved ones can always see it. You can upload cherished photographs, or share your favorite stories, and can even comment on those shared by others.

Posted Jan 21, 2021 at 11:40am
Justin I’m so sorry to learn of your sisters passing. I pray for peace and understanding for you and your family through this difficult time. God Bless
Comment Share
Share via:
TH

Posted Jan 20, 2021 at 09:45am
Rob and family, I’m so sorry to hear of Jordan’s passing. Praying comfort and strength for all. I hope that all of your precious memories with Jordan help get you through your hardest days.
Comment Share
Share via:
GG

Posted Jan 20, 2021 at 09:40am
So sorry for the loss of your dear daughter, granddaughter, sister, and friend. My thoughts and prayers go out to you during this most difficult time. May the happy memories of Jordan and the love and support of family and friends give you great comfort today and in the days ahead. Sincerely, Gina Gamble Gretz Matthew 5:4
Comment Share
Share via:
CO

Posted Jan 19, 2021 at 10:47pm
Continued thoughts and prayers. Jordan was such an inspiration to many! Much Love, Caroline Oudin 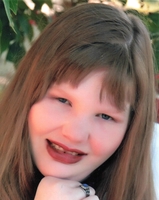