To share your memory on the wall of Jack Bird, sign in using one of the following options:

A Celebration of Life will be held Wednesday, June 24, 2020, 6 to 8 P.M. at Robinson Fuller White Hall Funeral Chapel with the Arkansas Game and Fish Color Guard making a prestation at 6:30 P.M.

Military services will be held in Tahlequah, OK at a later date.
Read Less

To send flowers to the family or plant a tree in memory of Jack Bird, please visit our Heartfelt Sympathies Store.

Receive notifications about information and event scheduling for Jack

We encourage you to share your most beloved memories of Jack here, so that the family and other loved ones can always see it. You can upload cherished photographs, or share your favorite stories, and can even comment on those shared by others.

Posted Jun 23, 2020 at 07:42pm
I worked with Mr. Bird from time to time and found him to be an amazing person. If only there were more people like Mr. Bird who was a man of honor who served and loved his country. He was a hard worker and he looked you in the eye when he answered a question. Heaven has gained another angel. RIP Mr. Jack
Pam Stone Ratliff
Comment Share
Share via:
HS

Flowers were purchased for the family of Jack Bird. Send Flowers

Posted Jun 19, 2020 at 07:16pm
I am so sorry to hear of the passing of Jack. He was always smiling every time I saw him, a good friend and will be missed by all who knew him. May GOD Bless Jack and his family.
Comment Share
Share via:
DN

Posted Jun 16, 2020 at 05:13pm
We are so sorry to see that Jack has passed on. He was a favorite of Doug's. I enjoyed listening to his stories, too! Such a sweet man, but tough as nails. RIP Mr. Bird. Enjoy the Happy Hunting Grounds. 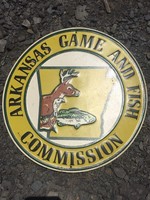 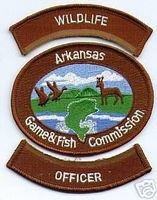