To share your memory on the wall of Henry Kalkbrenner, sign in using one of the following options:

Hank enjoyed being part of the lives of his children, grandchildren and great-grandchildren. He was active in his church at White Hall United Methodist Church, the VFW Auxiliary, the Arkansas MOPAR Cruisers, and Friendship Auto Club. His passion was taking his cars and trucks to shows and races.

He was preceded in death by his parents; wife; and sister, Lona Riet Kelley.

To send flowers to the family or plant a tree in memory of Henry Francis "Hank" Kalkbrenner, please visit our Heartfelt Sympathies Store.

Receive notifications about information and event scheduling for Henry

We encourage you to share your most beloved memories of Henry here, so that the family and other loved ones can always see it. You can upload cherished photographs, or share your favorite stories, and can even comment on those shared by others.

John and Elaine McCracken, Beth Avila, Jennifer S, Brian, Neil, Lori, and families, and other have sent flowers to the family of Henry Francis "Hank" Kalkbrenner.
Show you care by sending flowers

Posted Jun 10, 2020 at 09:19am
Paul and Ann - Our thoughts and prayers are with each of you during this time of grief and sorrow. May your memories bring you comfort during this difficult time.
James and Karen Hoskins
Comment Share
Share via:
D

Posted Jun 09, 2020 at 11:20pm
To Hank family I am so sorry for your loss the neighborhood will not be the same he was a good neighbor and friend he surely will be missed.
Praying for you all in this difficult time.
Comment Share
Share via:
TC

Posted Jun 09, 2020 at 08:59pm
Tommy and I will miss Hank. He was a great friend and neighbor. You all are in our prayers.
Comment Share
Share via: 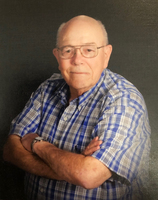