To share your memory on the wall of Helen Cameron, sign in using one of the following options:

To send flowers to the family or plant a tree in memory of Helen Virginia Cameron, please visit our Heartfelt Sympathies Store.

Receive notifications about information and event scheduling for Helen

We encourage you to share your most beloved memories of Helen here, so that the family and other loved ones can always see it. You can upload cherished photographs, or share your favorite stories, and can even comment on those shared by others.

Diane and Richard, Gregory Waits, and other have sent flowers to the family of Helen Virginia Cameron.
Show you care by sending flowers

Posted Oct 24, 2019 at 02:00pm
My condolences to the Cameron family. Miss Helen was an excellent teacher and wonderful person. She touched all of our lives in a positive way. M. Burton

Posted Oct 23, 2019 at 11:39am
I had Mrs Cameron in the 8th grade. She didn’t like you chewing gum in her class and I was a big gum chewer. I bet I got at least 3 days of d-hall a month just for chewing gum in her class alone. I guess she got tired of giveing me d-hall all the time and made me write an essay on chewing gum. I have fond memories of her and how upbeat she was.
Comment Share
Share via:
GS

Posted Oct 19, 2019 at 08:46pm
As long as I can remember Mrs. Cameron was always at White Hall Methodist Church. We all loved her. She was a great woman. Becky and siblings, my heart breaks for you all. Just to see her one more time.
Comment Share
Share via:
O

Posted Oct 18, 2019 at 01:37pm
Ms. Cameron was one of the most influential teachers at WHHS. She was so encouraging to me growing up in White Hall. I can't think of anyone more respected than Ms. Cameron. I changed a flat tire for Stella one night at the Bulldog Drive Inn and Ms. Cameron sent me a thank you note the next day. I have never forgotten that wonderful act on her part. That was Ms. Cameron for you. Dan, Stella and family; Betsy and I send our deepest sympathy to you all. She always cared no matter who you where. May the Peace that passes all understanding comfort you at this time.
Tommy G. Monk. WHHS 1970
Comment Share
Share via:
SC

Thanks, Tommy, I had forgotten about the flat tire!!
JM

Posted Oct 18, 2019 at 12:54am
Back in 1969 I did my practice teaching under Mrs. Cameron's guidance. I soon learned that once a person met her, she was a friend. She was a sweet Christian lady, respected in the community. Prayers for comfort for the family.
Judy McDaniel
Comment Share
Share via: 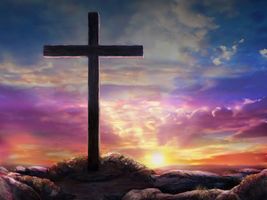 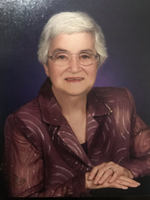