To share your memory on the wall of Harmon Carter, sign in using one of the following options:

Born September 28, 1954 at Pine Bluff, he was the son of the late Harmon Carter and Maryanne Dyson Megison.

Born September 28, 1954 at Pine Bluff, he was the son of the late Harmon Carter and Maryanne Dyson Megison.

Harmon Carter loved the city of Redfield and the people in it; and was always ready to lend a hand wherever he could, without hesitation.

Harmon worked for the city which he loved so dearly for 22 years the Street Superintendent. He then served four years as Mayor of Redfield.

In addition to his parents, he was preceded in death by his loving wife of 39 years, Cynthia Bradshaw Carter, on January 29th, 2017. He then continued her family’s legacy, owning & operating the historic Mammoth Orange.

One of Harmon’s pastimes was auto mechanics, tinkering on old cars and working in the pits as crew chief for Connie 5 on race day. This was a passion he passed on to and shared with his boys.

Harmon is survived by his sons, Chris Carter and wife Bobbette, Jock Carter and wife Calie, and Jace Carter and wife Beth; four grandchildren, Austin, Rylie, Carson, and Ali, with “lil’ Harm” on the way; a sister, Janis Barnhart and husband Fred; and many other loving family and friends.

Funeral services will be Wednesday, May 29th, eleven o’clock in the morning at Family Church at Redfield with Brother Dan McDonald and Brother Phillip Hedden officiating.

Visitation will be Tuesday evening from 6-8 at the church.
Read Less

To plant a memorial tree in honor of Harmon Carter, please visit our Heartfelt Sympathies Store.

There are no events scheduled. You can still show your support by sending flowers directly to the family, or planting a memorial tree in memory of Harmon Carter.
Plant a Tree

We encourage you to share your most beloved memories of Harmon here, so that the family and other loved ones can always see it. You can upload cherished photographs, or share your favorite stories, and can even comment on those shared by others.

Posted May 28, 2019 at 07:29pm
Being several states away I am in shock still. I just always thought when I came back home through Redfield and to the local tracks that Harmon would still be the first person I hunted to see and get updates on everything we had missed. I could tell hundreds of stories over the last 35 year's but I simply will leave it with "Harmon thanks for all the thing's you taught me and all those that admired you." Love you and tell Danny and all hi. Love Annie
Comment Share
Share via:
AG

Posted May 28, 2019 at 07:06pm
Prayers for the family and friends he was always happy to talk to you and to talk about racing. He will be missed

Catherine Ray and family purchased flowers for the family of Harmon Carter. 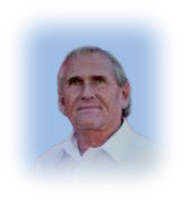