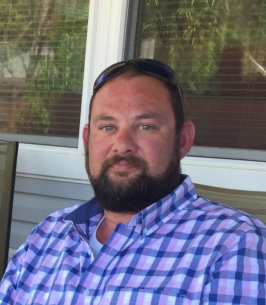 He is survived by his wife, Brittany Michelle Tillman of East End, AR; his in-laws, Tim and Marilyn Singleton of East End; sister, Talanea Daniella Tillman of Redfield, AR; his two sons, Tristin Jacob Tillman and Brandon Lee Tillman of Sheridan, AR; aunts and uncles, Cynthia and Don Wall of Redfield, AR, James Tillman of Jefferson, AR, Christopher and Sherry Tillman of Jefferson, AR, Shane and Christina Barnett of Monticello, AR, Jimmy and Angel Bush of Star City, AR, and Shane Tillman of Sioux Falls, SD; as well as a number of other aunts, uncles, nieces, cousins, and a host of friends.  His special four-legged riding partner, Shyla Rae, was famous for riding the back roads with him whereby these two partners in crime shared countless hours of joy.

Jody was raised a Roman Catholic, serving as an altar boy in his early years at Holy Cross Catholic Church in Sheridan.  He was given the benefit of knowing and accepting Jesus Christ as his personal Savior.  He graduated from White Hall High School in 1995 but learned the best lessons from people around him.  Jody furthered his education at SEARK.  He worked for Tilco Construction, a family business from the day of its’ inception.  He took pride in his trade and had a competitive spirit when it came to the “arts of the trade”.  From the arrival of his birth, he was known to be a fixture at the Tillman Hunting Club, where he served as Vice-President.

While we are gathered to mourn a tragic loss of life, we should honor Jody’s life and accomplishments.  He lived more than most ever will, to its’ fullest, and he did it without straying too far from the dirt roads and woods.  He was an avid outdoorsman, a hardworking man, a father, and a husband.  Jody enjoyed gardening and canning and was known for his homemade jellies and wine.  He also loved to cook, and the family fondly recalls his delicious boudin balls.

Of all his accomplishments, his greatest joy and love were for his family.  Jody loved his family and enjoyed spending time with them.  He was especially proud of his boys, and never spoke of one without talking about the other.  He was most loyal to his family and his friends.  He also loved music, and his playlist proved that his taste in music was with much variety – from Elton John to Lynard Skynard and anything in between.

Bloodline didn’t matter to the man, nor did distance of relation, he treated all openly and warmly.  He would call or make an unannounced visit just to talk and check in on you.  To know Jody was to love him.  You could call him and tell him you needed him, and he would stop what he was doing to help.  He was kind-hearted, as well as soft-hearted and free giving with anything he had.  He was simply a Brother to all.

There are no words to describe his life nor the impact he had on the world.  While he was a simple living man, he was far from simple.  Each person’s heart he touched was full and every place he tread was brightened.  He was and forever will be the best of all of us.  We may feel the world has become a little darker with his absence, but to those that he touched and his actions in life, these are the memories that burn brighter than the sun.  Each of us are now on deck to carry on the path that he blazed.

A celebration of his life will be held at 1:00 P.M. Friday, April 1, 2022, at the Tillman Hunting Club with Bill Baugh and Ryan Stecks officiating.  He will be laid to rest in Jefferson Memorial Cemetery, Jefferson, AR.