To share your memory on the wall of Frank Perry Stratton, sign in using one of the following options:

To send flowers to the family or plant a tree in memory of Frank Perry Stratton, please visit our Heartfelt Sympathies Store.

Receive notifications about information and event scheduling for Frank Perry

We encourage you to share your most beloved memories of Frank Perry here, so that the family and other loved ones can always see it. You can upload cherished photographs, or share your favorite stories, and can even comment on those shared by others.

Posted Jul 27, 2020 at 08:30pm
Perry was my long time neighbor and friend. He was also my one of my Dad's long time coffee drinking buddies at the 81/65 truck stop where they solved a lot of the worlds problems. He was always good to me as a neighbor and he had my respect. I want the family to know that you are in my prayers and thoughts at this difficult time. He will be missed. Artie Tucker
Comment Share
Share via:
DB

Posted Jul 27, 2020 at 02:34pm
We love you all and grieve with you. With heartfelt condolences. The David Bonds Family

Tammy, Rusty, and Bryan, I know this has been a really difficult time for you. Tommy and I have been thinking about y'all. We love you and wish we could have been there with you. Cindy Warriner 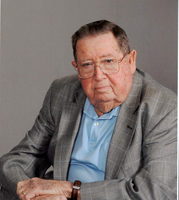