To share your memory on the wall of Eleanor Semora, sign in using one of the following options:

Provide comfort for the family of Eleanor Semora with a meaningful gesture of sympathy.

In her lifetime, she had been active in the Senior Citizens Club of Gibbstown, The Business and Professional Women’s Club of Gloucester County, and served as state scholarship chair for several years for the NJBPW. Eleanor had been active in the Girl Scout organization for over 20 years and served as a Girl Scout Leader. She retired from government service at Philadelphia Naval Station.

Eleanor pursued her education over many years and proudly graduated from Gloucester County College in 1998 at the age of 66, achieving that lifetime goal, alongside one of her granddaughters. She was artistically talented, and sang like an angel. “Ellie” was a kind, good-hearted woman with a gentle soul, who was loved by all who knew her and she will be sorely missed.

Funeral services will be Friday, January 24, 2020 at Fuller Hale-South Funeral Chapel in Pine Bluff. Burial will follow at Memorial Park Cemetery. Donations can be made to Alzheimer's Association. Memories and condolences can be shared at FullerFunerals.com
Read Less

We encourage you to share your most beloved memories of Eleanor here, so that the family and other loved ones can always see it. You can upload cherished photographs, or share your favorite stories, and can even comment on those shared by others.

Irma Ramos and Caron and Kenny Scott have sent flowers to the family of Eleanor Wilson Semora.
Show you care by sending flowers 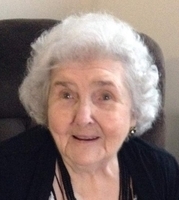