To share your memory on the wall of Doyle Currington, sign in using one of the following options:

To send flowers to the family or plant a tree in memory of Doyle J. Currington Jr., please visit our Heartfelt Sympathies Store.

We encourage you to share your most beloved memories of Doyle here, so that the family and other loved ones can always see it. You can upload cherished photographs, or share your favorite stories, and can even comment on those shared by others.

Posted Apr 04, 2019 at 11:22am
Mrs Catherine I'm so sorry to hear this I really enjoyed my restaraunt reviews and gardening conversations with him at Dr. Massey's office when yall came in. Thoughts and Prayers going out to you.
Comment Share
Share via:
MA

Posted Apr 04, 2019 at 11:20am
Cathy, I am so sorry to learn of Doyle's passing. You and family are in my prayers. Remember that good times.
Comment Share
Share via:
MC

Posted Apr 04, 2019 at 11:19am
Susan and I extend our heart felt condolences to you, Cathy, and the family. Our prayer for you is that during this time of grief God's comfort shall be your comfort, His strength shall be your strength and His peace shall be your peace as His Spirit abides within you.
Comment Share
Share via:
GB

Posted Apr 04, 2019 at 11:17am
Shelly, we are sorry to hear of the passing of your uncle Doyle. we are praying for you and the family. May God give you and your uncles loved ones the strength to get through these next few days and to continue with your lived as I am sure your uncle would want. may God Bless You. we love you. Glen & Rita
Comment Share
Share via:
NS 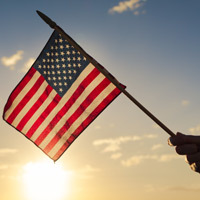