To share your memory on the wall of Donald Lewis, sign in using one of the following options:

To send flowers to the family or plant a tree in memory of Donald Wayne Lewis Jr., please visit our Heartfelt Sympathies Store.

We encourage you to share your most beloved memories of Donald here, so that the family and other loved ones can always see it. You can upload cherished photographs, or share your favorite stories, and can even comment on those shared by others.

Posted Dec 11, 2018 at 12:00am
My thoughts and prayers go out to your family. I'm shocked to see this news, but I will be thinking of you. Donald was a student in one of my sophomore English classes years ago and he was wonderful to have around. I remember enjoying many conversations with him. He was a great guy. I am so sorry for your loss.
Comment Share
Share via:
DM

Posted Dec 04, 2018 at 12:00am
I went to Iraq with Donald in 2005! Great Soldier and a great person! I had the privilege of riding with him to Camp Shelby for a premob class! He had a Camero at the time and I remember how much he loved that car! I will miss him!
Comment Share
Share via: 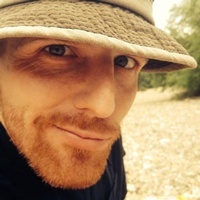