To share your memory on the wall of Dianne Billingsley, sign in using one of the following options:

To send flowers to the family or plant a tree in memory of Dianne "Sissy" Billingsley (Burnette), please visit our Heartfelt Sympathies Store.

Receive notifications about information and event scheduling for Dianne

We encourage you to share your most beloved memories of Dianne here, so that the family and other loved ones can always see it. You can upload cherished photographs, or share your favorite stories, and can even comment on those shared by others.

Gary White, Carol, Michael, Melissa, and family., and other have sent flowers to the family of Dianne "Sissy" Billingsley (Burnette).
Show you care by sending flowers

Posted Oct 24, 2019 at 11:37pm
I had the pleasure of meeting Ms. Billingsley as her dental hygienist and always looked forward to her appointments and our conversations. We could talk the majority of the appointment and I think that was fine with both of us. I was very sorry to hear of her passing. Please accept our deepest condolences.
Lacey Miller and the Pinnacle Periodontics team
Comment Share
Share via:
HS

Posted Oct 13, 2019 at 07:34pm
Kimberleigh, We are thinking of you during this difficult time and praying for you.

Medium Dish Garden was purchased and planted a memorial tree for the family of Dianne Billingsley. Send Flowers

Posted Oct 11, 2019 at 12:49am
Please accept my deepest condolences and prayers. Diane and I sure made some amazing memories when our girls played softball together. The old iron bridge near Woodson was a hoot! God Speed my friend.
Comment Share
Share via:
GW

Gary White purchased the Full Heart and planted a memorial tree for the family of Dianne Billingsley. Send Flowers

Posted Oct 10, 2019 at 08:36pm
Our thoughts are with you and your family during this difficult time. 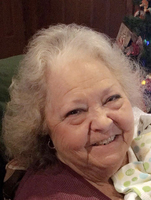