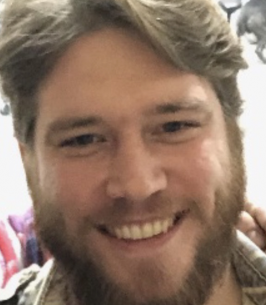 Clayton Wayne “Clay” Cannon, age 25, passed away Wednesday, June 29, 2022 as the result of injuries received in a motorcycle accident in Little Rock.

Born at Pine Bluff on September 23, 1996, he was the son of Mark Wayne Cannon and Karen Dawn Davis Cannon, both of White Hall. Clay was a graduate of White Hall High School.

After high school, he enlisted in the United States Air Force and served for four years. He attended Basic Training at San Antonio, TX and served at Shaw Air Force Base at Sumter, SC and Sheppard Air Force Base at Wichita Falls, TX. For the final two years, he was an avionics technology teacher.

Clay was an avionics electronics technician at Dassault Falcon Jet since 2019 and had worked both in Little Rock and their factories in St. Cloud and Merignac, France. He was a well-known and respected “trouble shooter” in the company with anything to do with electronics on an airplane.

He was a member of White Hall First Baptist Church and loved hunting and fishing. Clay was a member of Brushy Creek Hunting Club. He and his three lifelong friends and enjoyed Wild Man Mud Racing in their car, #25 “Shake‘n Bake”.

His grandparents, Bill and Gene Cannon and Bud and Vera Davis preceded him in death.

In addition to his parents, Clay is survived by his fiancée, Robyn Reed; a half-brother, James Paul Ludwig; and his beloved Labrador Retriever, Ace.