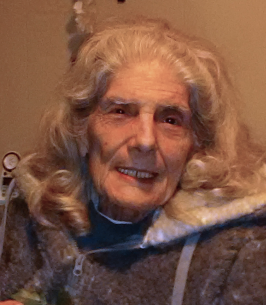 Betty Jean Whatley Riley, 85, of Jefferson, was a loving mother, wife grandmother, great grandmother and homemaker. She passed away June 7, 2021. Betty was born February 5, 1936 in North Carolina to the late Leonard Houston and Betty Moreen Dover Whatley.
Betty married Jack Reid Riley, October 23, 1955 in North Carolina, then moved to Arkansas with him and their daughter when he started work at the Pine Bluff Arsenal. She is a member of the Eastern Star and the VFW. She also volunteered with her granddaughter on the Redfield Fire Department. Betty had coached her daughter in softball and many White Hall children in basketball and would serve as a chauffeur for many of them. She had formerly owned her own ceramic shop. She took part on bowling teams and in the National Rifle Association. Betty took in runaways and stray animals and would care for them. She had a dry sense of humor and could always make people laugh. She gave nicknames to many people, such as Cowboy, Plymouth, Killer, Backdoor Charlie, Hippy, Cadillac, Tugboat, Navy and many others. Betty also was very selfless and always thought of others before herself. She is an eleven year cancer survivor. Betty would make multiple donations on behalf of her late husband to many charities including the Sheriff’s Department, Wounded Warriors, Navajo Indian Orphanage, the Parks and Recreation Department and Boy’s Town.
Preceding her in death were her parents; and husband.
Betty was a devoted mother to her daughter, Jacqueline Dean Riley Malone of Jefferson; a devoted grandmother to Angela Riley and her spouse Robert Riley; and great grandmother to Abby J. Dean and J. W. Riley. Betty’s hugs, jokes, laughter and always cheering from the stands will be greatly missed. Other survivors include three half-siblings, John Gowens Jr., Linda Hefner and Joan Gowens; and sisters-in-law, Jean Riley and Geri Dieball.
A celebration of life will be held at a later date. Memorials may be made to the Redfield Animal Shelter.
Online condolences at www.rfwhitehall.com.