To share your memory on the wall of Arthur Wiegand, sign in using one of the following options:

Born February 28, 1944 at Highland, Illinois, he was a son of the late Herbert Arthur Wiegand and Margarite Zeisset Wiegand.

Born February 28, 1944 at Highland, Illinois, he was a son of the late Herbert Arthur Wiegand and Margarite Zeisset Wiegand.

Reared and educated in southern Illinois, Mr. Wiegand was a United States Navy Vietnam Veteran. He later joined the Coast Guard where he retired in 1982 as Petty Officer First Class.

Dedicated to service, he again retired in 1993 from the Pine Bluff Arsenal.

After retirement, Mr. Wiegand enjoyed the solitude of camping, and the company of others as he cut a rug at the local VFW.

In addition to his parents, he was preceded in death by four siblings, Larry, Dennis, Terry and Margie.

To send flowers to the family or plant a tree in memory of Arthur Herbert Wiegand, please visit our Heartfelt Sympathies Store.

We encourage you to share your most beloved memories of Arthur here, so that the family and other loved ones can always see it. You can upload cherished photographs, or share your favorite stories, and can even comment on those shared by others.

Bob, Lynn, Ella and Carly sent flowers to the family of Arthur Herbert Wiegand.
Show you care by sending flowers

Posted Apr 16, 2019 at 05:39pm
Mr. Art was a fine man.I am very thankful I could call him my friend.I will miss him.Stanley Johnson
Comment Share
Share via:
RF 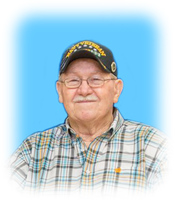