To share your memory on the wall of A.J. Delassus, sign in using one of the following options:

Provide comfort for the family by sending flowers or planting a tree in memory of A.J. Delassus

To send flowers to the family or plant a tree in memory of A.J. Delassus Jr., please visit our Heartfelt Sympathies Store.

We encourage you to share your most beloved memories of A.J. here, so that the family and other loved ones can always see it. You can upload cherished photographs, or share your favorite stories, and can even comment on those shared by others.

Flowers were purchased for the family of A.J. Delassus. Send Flowers

Posted Jan 11, 2020 at 05:30pm
Something to remind the world that your light can not be dimmed. A soul that will live on in our hearts and the earth.

Posted Jan 11, 2020 at 07:41am
I've known Aj since him and the boys were in middle school. Those boys spent a lot of time together. Our family will miss you so much!
Comment Share
Share via:
LR

Posted Jan 11, 2020 at 02:03am
AJ I’m really going to miss that laugh and big smile on your face and the big big grin with them big eyes when you bit off in my homemade pecan pie. R.I.P AJ I love you nephew
Comment Share
Share via: 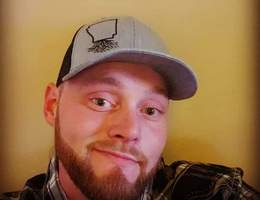